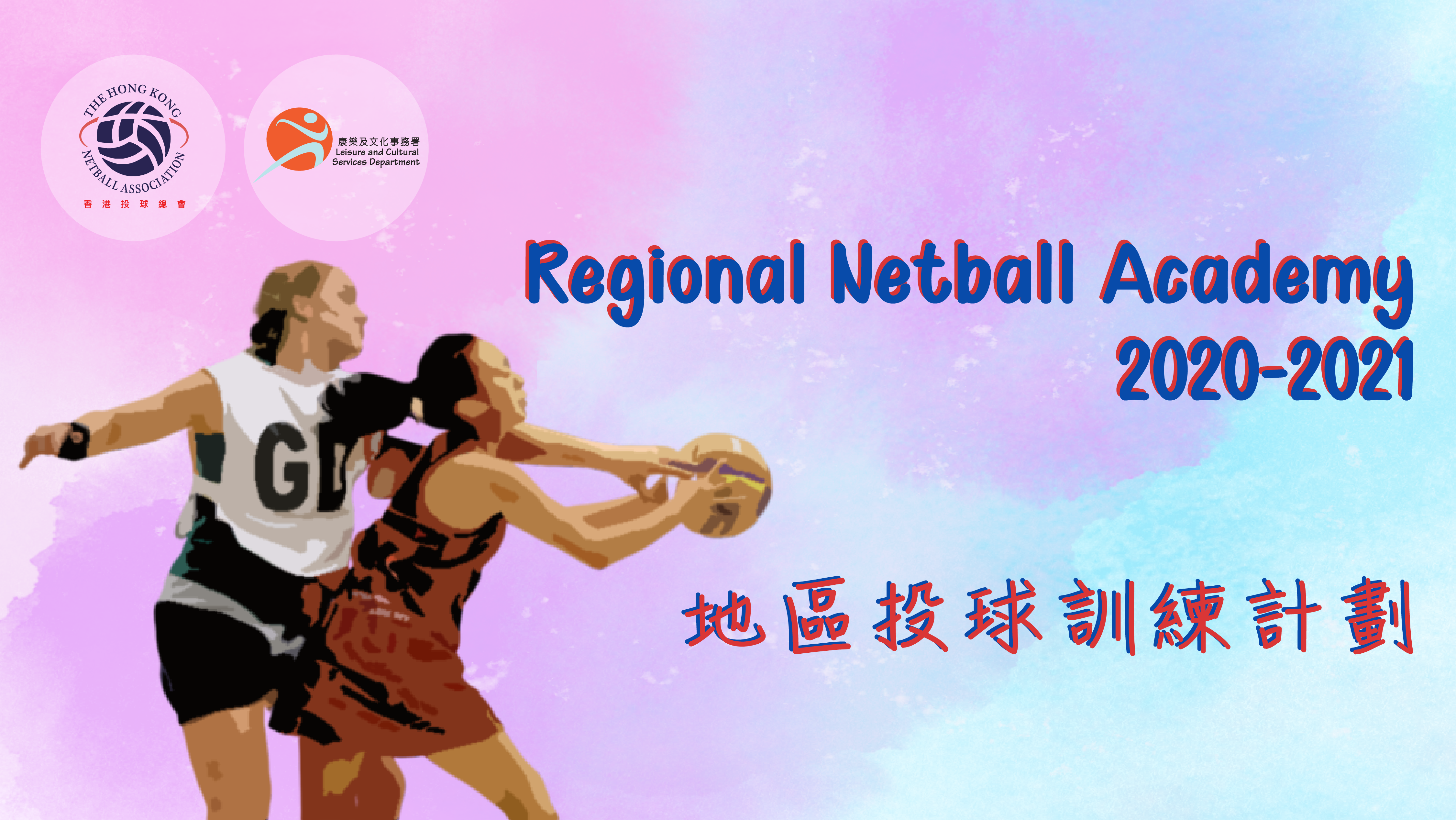 U14 Wrap Up Tournament – 22nd May 2021
The Regional U14 Netball Academy Programme has successfully finished with the wrap up tournament on 22nd May. All the U14 players are divided into 4 teams, each team has additional two U16 academy members from previous squad. All the teams have played in a round-robin game and a playoff. The final rankings of the teams are Team B (1), Team D (2), Team A (3), and Team C (4).  Congratulations to the following players winning the “Most Team Player” on the Tournament Day.

Last but not least, huge thank you to the coaching team, Angela Chan as the head coach, Heidi Sun, Doris Wong and Koey Lo as the assistant coaches, and Ada Yiu as the tournament coach, for all the hard work and efforts you have put in coaching the U14 academy girls.

Squad Announcement – 22nd April 2021
Two trials were completed on 10th and 17th April. This year we have more than 60 players trialing for the academy. Congratulations to the following 28 players selected into the Regional U14 Academy 2021. For detailed training schedule and structure, please click onto the red button above.

Please email ecdm.hkna@netball.org.hk if you have any questions about the programme. 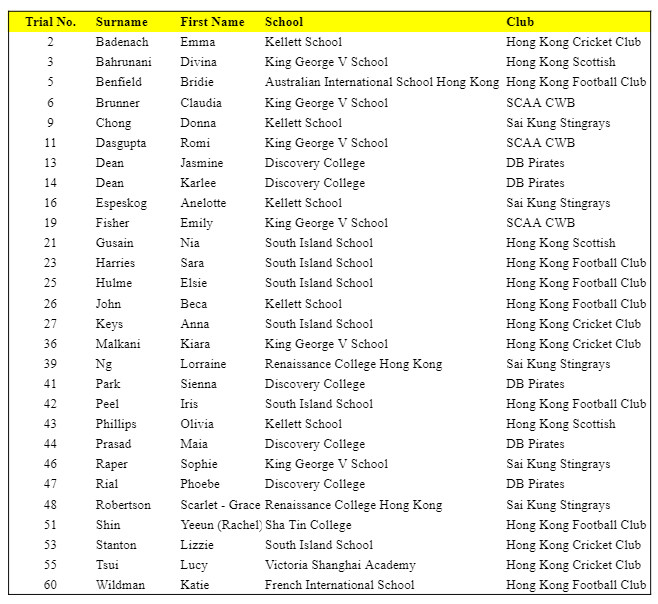 Training Update – 23rd March 2021
Pre-trial training will be resumed this week on 27th March 2021. Please check the grouping and training timeslot carefully from the Green Button above.

Please email ecdm.hkna@netball.org.hk if you have any questions about the programme. 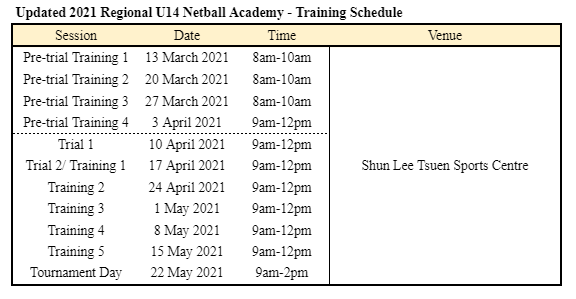 The Regional Netball Academy (RNA) is suitable for netballers who want to further develop their skills and take the next step in their netball pathway. The training sessions will be run by qualified & experienced coaches. These squads are set up to identify young talented netballers who could be future HK National 16’s academy and Youth (U21’s) representative to compete in overseas tours and international competitions.

*The training is subject to change depending on the government restriction, the LCSD regulation and the actual COVID-19 development/situation by that time.