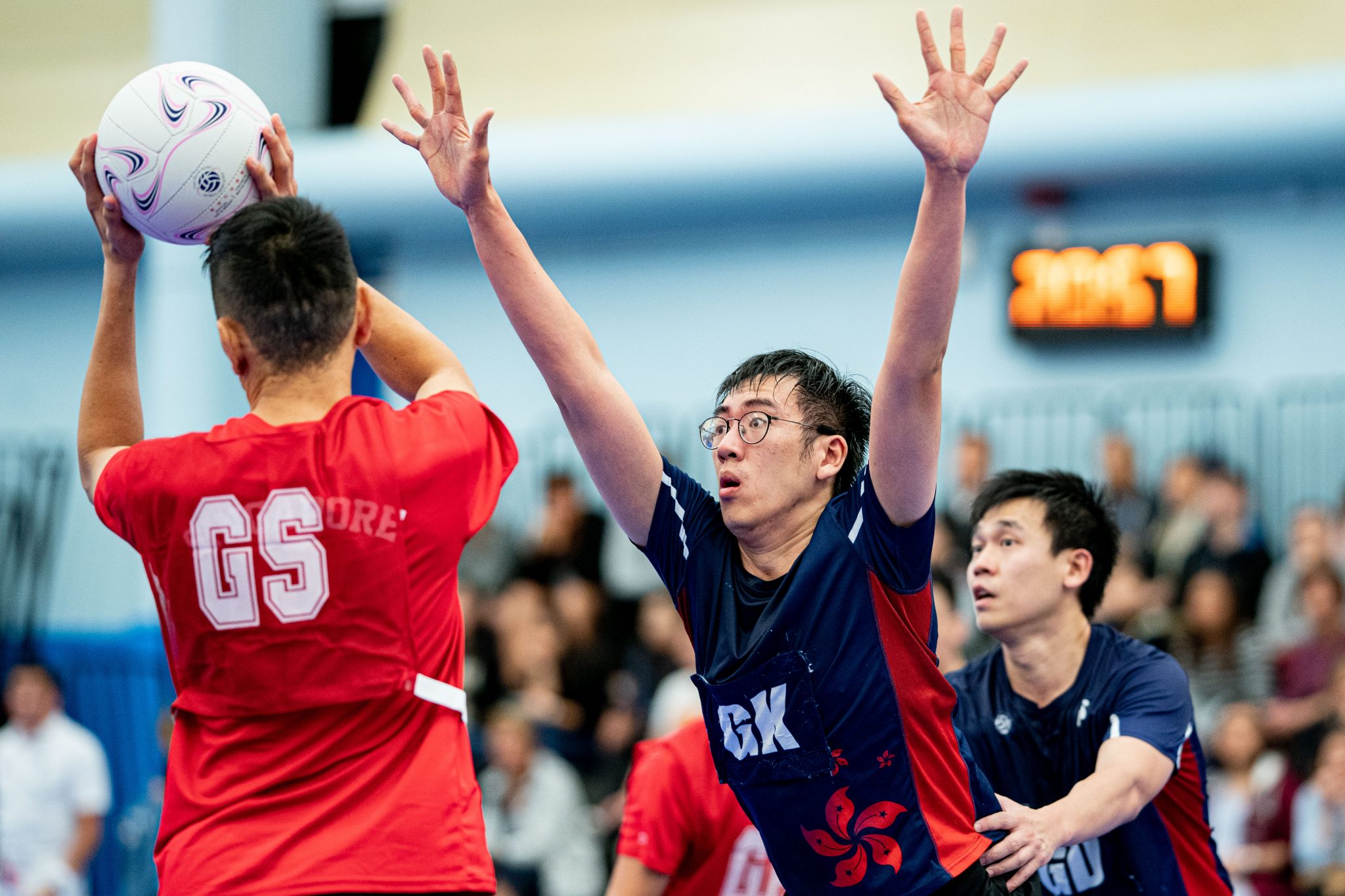 Day 1 (17th JAN) of the inaugural Hong Kong Men’s Invitational Tri-Nations Netball Tournament 2020 has concluded, with Malaysia beating the Hong Kong Invitational team with a big margin in the curtain-raising friendly game, while the host Hong Kong team win the first game of the Tournament over Singapore.

Malaysia gained an early lead by utilizing their height advantage, especially at the GS position Nazrul Arifin, and their accurate passes into the goal circle. Malaysia’s shooting accuracy decreased as the game went on, but dominated the rebounding department.

Malaysia picked up the pace and defensive efforts in the second quarter. They created a sizable lead and led by 31-17 at the end of the first half.

After the half-time break, both teams made several changes. It created an even bigger height advantage for Malaysia at their GS position. Malaysia’s GK Tamim Amzat gave an energetic defensive performance to limit Hong Kong Invitationals’ shooting opportunities.

Malaysia continued to put constant pressure on both ends of the court, cruising to a 60-17 victory.

In the main event of the evening, both teams started off with a lot of energy on the defensive end resulting in a tight scoreboard in most of the first quarter. Taking advantage of a few late turnovers late in the quarter, Hong Kong led by 12-9 at the break.

In the second quarter, Hong Kong GA Aaron Flugge utilized his length and agility to stimulate their offence, scoring at relative ease. But Singapore was able to stay close in scoring with swift passes into the goal circle. Hong Kong led 22-18 at half time.

After the break, Hong Kong began to increase the lead, led by the partnership of GS Boris Lai and GA Aaron Flugge on both scoring and rebounding. Hong Kong led by 38-27 after the third quarter.

Head Coach of Hong Kong team Chan Wai Chung had high praises for his team. “Our performance was beyond my expectations. The players were able to perform better in the game compared to training. In the first two quarters, we were testing out different players. Afterwards, we emphasized on the attacks so we were able to pull out a big lead.”

Chan was also a player in the Hong Kong Invitational Team who played Malaysia in the earlier friendly game. The team acts as a wider selection pool for the World Championship in October in Perth, Australia. “We are all busy with work, so we are not as fit as we want. But we have the skills, so these games help us start preparing for the selection early.”