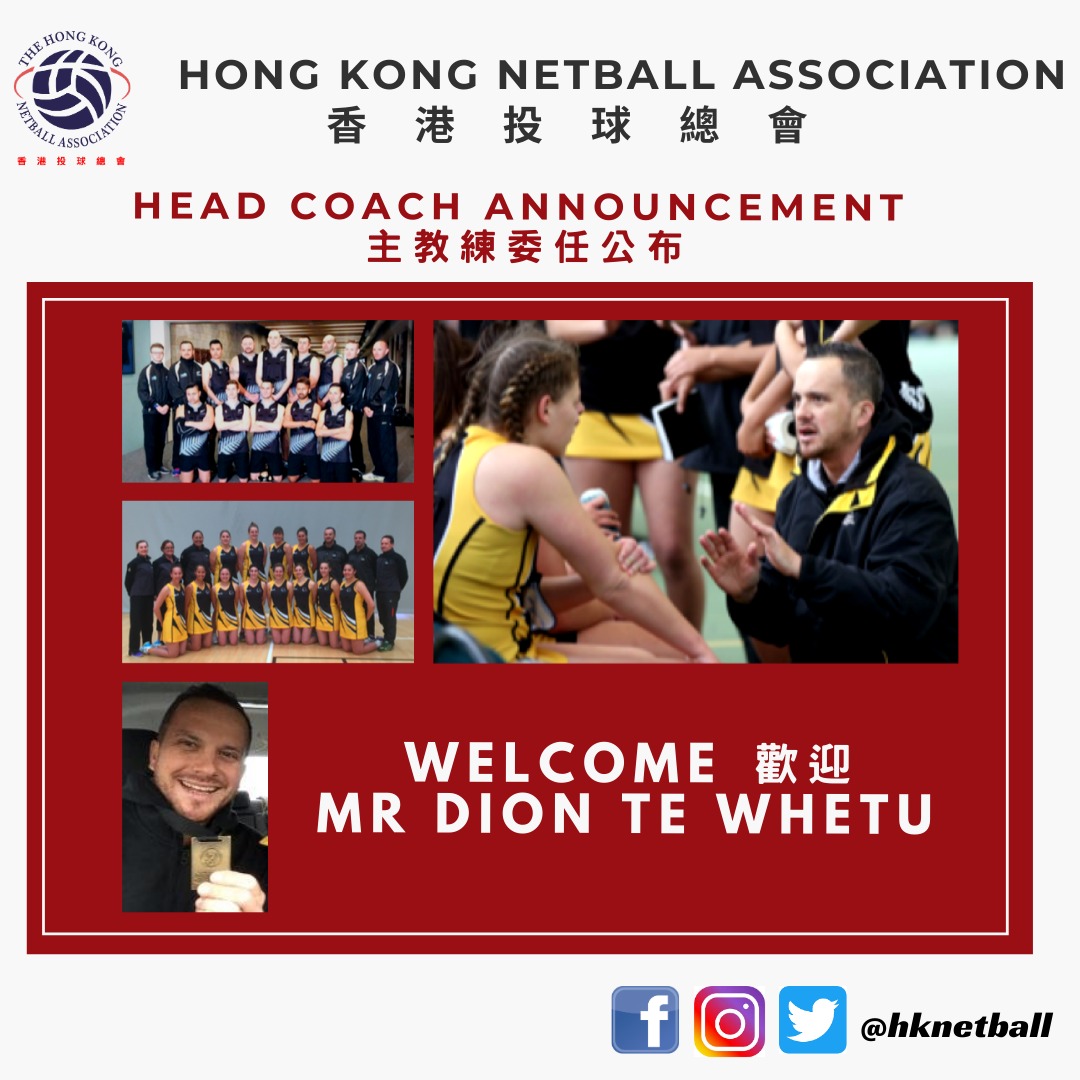 We are pleased to announce the appointment of Mr Dion Te Whetu to the position of National Open Netball Programme Head Coach. Dion will continue to be based in New Zealand with regular travel to Hong Kong and any tournament locations. He will lead the National Team through to the 2022 Asian Netball Championships, serve on the HKNA selection panel, lead specialist coaching sessions for the HK netball community and act as a mentor to the elite program coaches and assistant coaches.

Dion started his netball career in 1990 as a player but found his passion and strength in coaching. Over the past 24 years he has successfully coached both male and female teams, from Juniors through to National level in New Zealand. Dion will complete the Netball New Zealand Performance Coach Qualification this year which is the highest qualification for high-performance coaches in New Zealand.

Dion is excited about the opportunity to work with the HK Netball community and help us achieve further success at the international level.