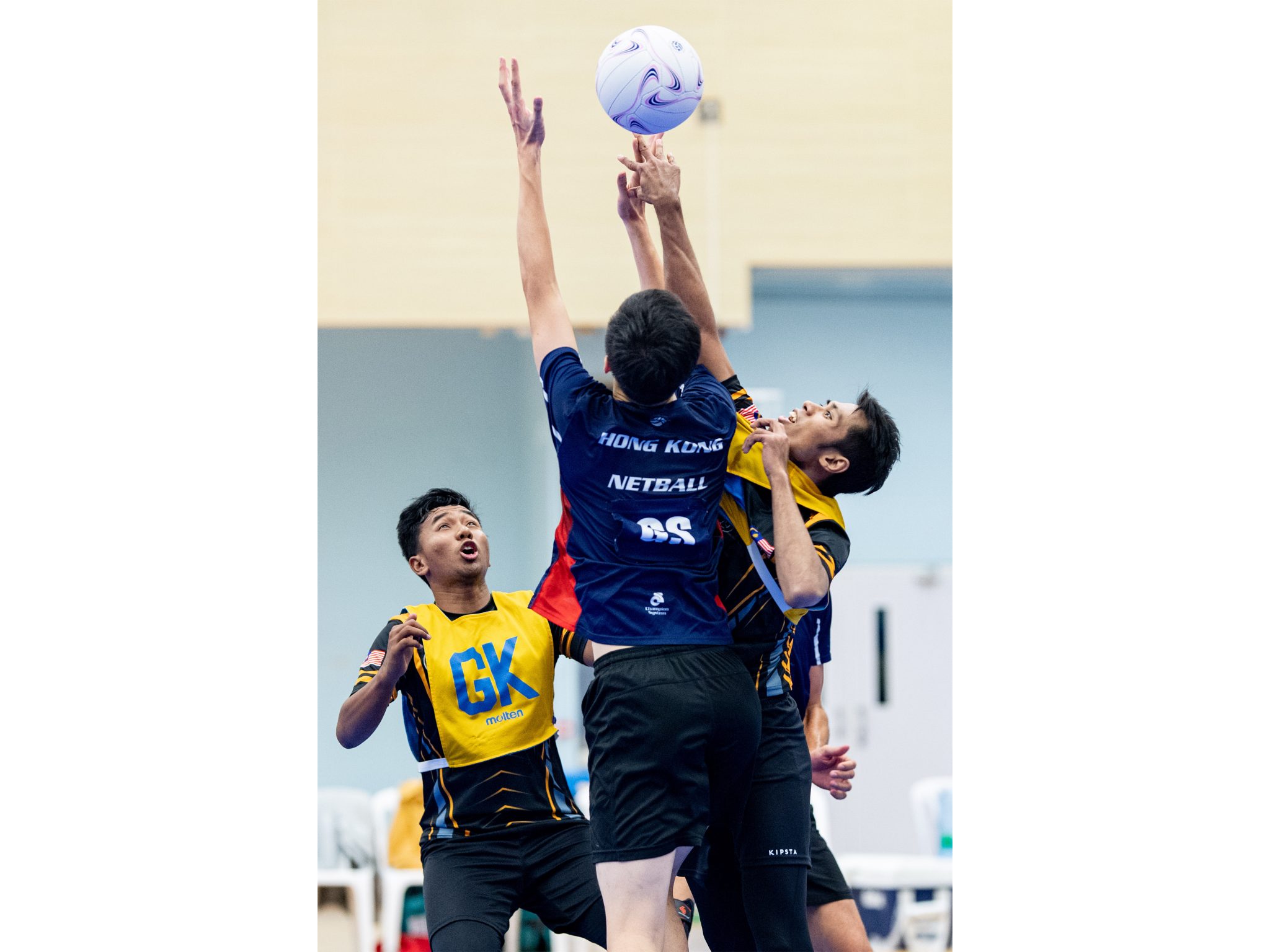 Starting the game, Malaysia sent out a big-and-small attacking partnership in their GS Nazrul Arifin and GA Asraf Fitri, making a quick 3-0 start. Singapore were then able to stay close on the scoreboard thanks to the agile GA Lai Jia Jun connecting the backcourt and the front. But Malaysia GS Nazrul Arifin began to capitalize on his height advantage towards the end of the quarter, creating a lead of 13-5.

Play became relatively sloppy for both teams when the game resumed in the second quarter, with more broken passes and missed shots. Singapore GA Lai Jia Jun continued to be active in the mid- and front-court to help the team stay in the game. But Malaysia began to settle down towards the end of the half, as they took control of the pace and created numerous scoring opportunities for their big GS Nazrul Arifin. They led by 23-11 at the break.

Malaysia continued the momentum when they opened the second half. They kept the same big-and-small attacking partnership and they cannot be denied, only missing one shot between them in the quarter. Singapore tall GS Tan Khiok Sing was able to score 10 points in the quarter to avoid the gap from being widened. They trailed by 21-34 after the 3rd.

In the final quarter, Singapore GA Lai Jia Jun came back from the bench and gave the team some attacking boost. Meanwhile, Malaysia chose a more conservative approach by moving Asraf Fitri to WD to help with the defense. They were able to hang on to a 39-30 victory.

Hong Kong team faced the Hong Kong Invitational which comprised of a wider selection pool of players as an early preparation for the World Championship in October in Perth, Australia. The game started off tight but the national team was proved to be too strong for the Invitational team, winning by 49-28.

Singapore used this friendly to test out different formations by moving players in various positions. It was another one-sided affair as the Hong Kong Invitational trailed by 1-12 in the first quarter. They gave a better scoring display after a few changes in the squad, ending the game at 21-45.

In the second quarter, Hong Kong sent Aaron Flugge in at GA and he made an immediate impact, both by scoring and passing to GS Boris Lai . Malaysia put in a big WD in an attempt to disrupt Hong Kong’s passes, while using short passes to steady the pace.

Halfway through the second quarter, Malaysia GD and Captain Lim Jinn Wen went down hard and broke his wrist. This greatly reduced their goal circle defense. Three minutes later, Hong Kong GD and Captain Wong Ho Lun was suspended for two minutes due to continual late contact, but Malaysia were not able to take advantage of the extra man on the court. Hong Kong pulled out a lead of 23-17 at the half. During the break, the umpire had to call in the two captains to warn them about the frequent physical contact between the teams.

In the second half, the pace began to slow down for both teams. Malaysia slowly closed the gap with steady scoring from GS Nazrul Arifin. Hong Kong’s passes in the mid-court were not as smooth as those in the first half, thus limiting their goal attempts. Hong Kong’s Aaron Flugge became active again towards the end of the third quarter, helping the team take a 33-27 lead.

In the final quarter, Hong Kong’s GS Boris Lai took up the scoring responsibility with some steady shooting. Malaysia began to utilize risky passes in an attempt to reduce the deficit, but this move resulted in more turnovers. Hong Kong finished the game strong, winning it 48-34.